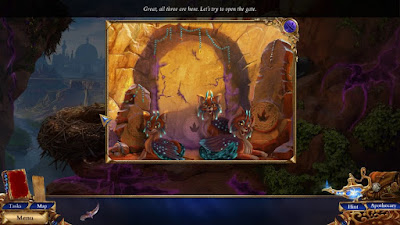 It's another game preview from the good folks at Artifex Mundi! This time it's Prince of Persia-themed, as well as being another entry in the unofficial 'herbalist' series of games that give players a chance to make the healing potions that keep adventurers spry and vigorous!

While the game may be a little short on Hidden Object Screens at the moment - there are only two, but both are fully integrated into the story - the art is fantastic, the monsters adorable, and the puzzles clever! Of the hidden object betas I've played, this has edged out Grim Legends 3 to be the most promising one.

Enjoy the preview, and check back here once the game has been released!


(Hopefully they'll drop that last S before it's released, though.)
Posted by The Hidden Object Guru at 00:56