So I'm playing Uncharted 4, and the developers put so much effort into making the graphics super-realistic that a weird problem was created. Check out this amazingly detailed door- 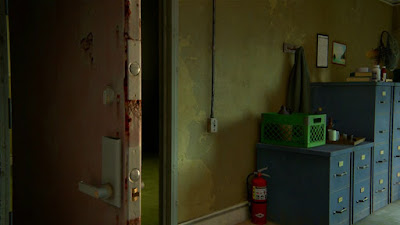 Gorgeous, right? Except for, you know... 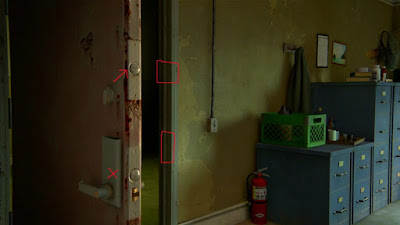 The lock handle that's three inches away from the deadbolt. The other deadbolt that doesn't have a handle at all. The fact that they spent so much time working on the door that they neglected to put any effort into the jamb at all.

It doesn't end there, though - let's take a look a the great detailing on it- 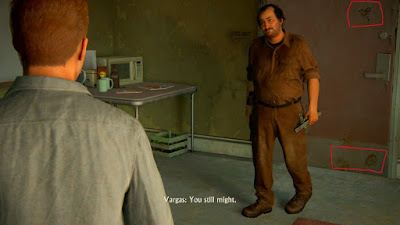 The rust marks above the lock, the dirty footprint on the kickplate. They're both gorgeously drawn and add a lot of verisimilitude to the world. Then that verisimilitude is stripped back out when we get a look at the door on the other side of the room. 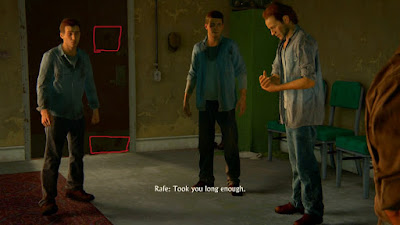 Yup, it's the exact same door in every detail.

That's thing about spending dozens of hours building a fake door for a video game is that when you're done with it, you never want to spend another second building fake videogame doors.

Posted by The Hidden Object Guru at 00:29