The Confusing Timeline of the Campfire Legends Series!

The Campfire Legends series of hidden objects takes place in two different timelines. Timeline A is the framing device in which Maggie tells a few spooky stories - this is also the single night over which The Last Act, game three in the series, is set. Timeline B takes place over roughly 25 years in the flashbacks to the stories that Maggie is telling. It's not an ov  ercomplicated setup, but the developers manage to confuse the hell out of themselves over the course of the second and third games.

We never get a clear statement of when the first game, 'Hookman', is set, but the costumes- 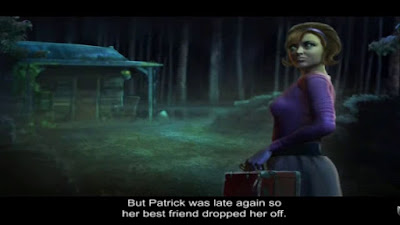 'Babysitter', the second game in the series, is much more concrete in its setting - here's a video feed from a surveillance camera as main character Lisa enters the sinister house where she'll be spending the night.

I can't stress this enough: video cameras have no reason to lie. So that means that this is, in fact, September 9th, 1987. Okay, now let's check out the tapes we find in the workshop below the asylum. The labels say that the backstory - everything from Libby getting murdered on June 1, 1983- 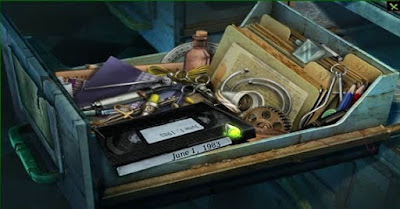 Up until Hookman almost finishes the resurrection serum on April 11, 1985- 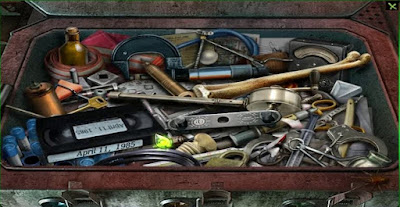 Means that the whole thing takes nearly two whole years - during which time you'd think they would notice their daughter not ageing. The in-game timecodes offer a much more compressed timeline, starting with the push down the stairs on September 3rd, 1986- 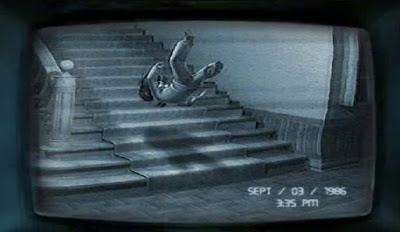 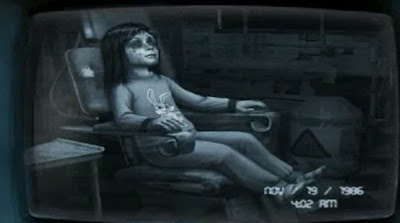 A timespan of under three months - a far more plausible amount of time for a set of parents to not notice that one of their daughters was dead. Then Lisa arrives to babysit 10 months later, and everything goes to hell. So we've got a total timeline on the 'Libby dies and comes briefly back to life' narrative of just a year.

The 1987 timeline seems to track logically, so I'll stick with that one, right? Figure Maggie is five or six years old in the flashbacks, which means the main story is around fifteen years later in 2002, making her 22. That makes perfect sense until we arrive at The Last Act, where things get super-dicey with this entry Reggie finds in Lisa's journal. 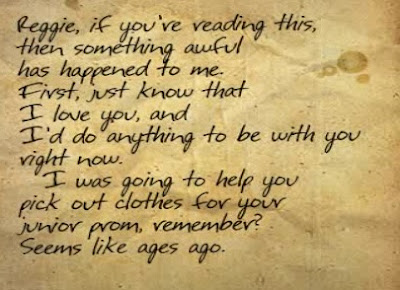 Junior Prom? Wouldn't that make Reggie sixteen when Lisa disappeared, and 32 now? That doesn't fit with any other part of the story to a really jarring extent. I know it's a simple error, but how does one that egregious slip by?

The Last Act isn't done with messing up the timeline, though - just when it seems like we can confirm that the game is set in 1987: 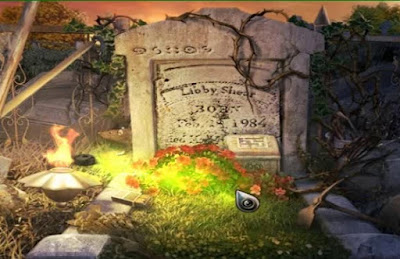 Yup, that says Libby was born on February 18th, 1984, which would make her three years old during the events of the game. Also, according to the labels, she wasn't even born yet before she was killed and resurrected. It's all just flat-out insane. For all the quality they brought to their games, these developers are clearly not people who cared to keep a tight timeline.

Also, it's nice to see that, for a complete monster, Maggie sure did a passable job of taking care of her sister's grave. Yes, thorns have wrapped around the headstone, and the rest of the graveyard is a wreck, but those are fresh flowers, a well-maintained eternal flame, and manicured grass.

You stick by your family, I suppose.
Posted by The Hidden Object Guru at 00:48